To wait or not to wait? 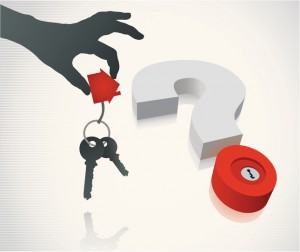 Solutions Advisors works with a number of communities across the country that are in various stages of sales; some are under development, some are challenged with occupancy while others are in more of a maintenance mode. Regardless of the circumstance, a common question asked by the sales team is – should we have a waiting list even if we are not 100% occupied?

The short answer is – YES! Using a waiting list strategically is a great way to allow prospects to commit to the community prior to moving in.

My community is under development!

My community is occupancy challenged!

Managing a waiting list for an occupancy-challenged community is just as important as for one that is full. Prospects in the planning phase of the sales process may find the waiting list a safe way to connect with the community while not being quite “ready” to make the move. The goal of converting a prospect to the waiting list is to engage them with the community so their desire to move increases. The deposit shows a financial commitment which is typically an indication of future interest. We’ve seen some communities that have stagnant waiting lists in which depositors simply want to have a placeholder but have little intention of moving unless a crisis hits. In some cases, prospects may be on multiple waiting lists, possibly waiting for the best deal or incentive.

If you are challenged with occupancy, it becomes even more important to be strategic in your communication with a waiting list. Don’t just follow up occasionally to see if their timeframe has changed – use creative follow up, home visits and other strategies to engage them with the community. The goal is to get them to move in sooner rather than later.

My community is in maintenance mode!

If your community is operating above budget and in more of a maintenance mode, a more traditional working of the lead base typically will suffice. However, it is still important to keep the depositors engaged in the community to ensure they are more likely to move when something becomes available for them.

Of primary importance is to be strategic in your approach and consistently track conversions to monitor the success of your efforts. Review key ratios such as waiting list deposit to move-in, waiting list deposit cancellations as well as gestation periods from waiting list deposit to move-in. These conversions will vary based on the current sales state your community is in as well as the attrition rate; however, establishing ratios and tracking them over time will allow you to evaluate progress. Also, do not assume that waiting list members are already sold on your community. They need to be engaged and connected with often, just as you would with traditional prospects.